The Dacia case! Which portal brings the most value?

No Money, or free services has no value, this proves it once again… 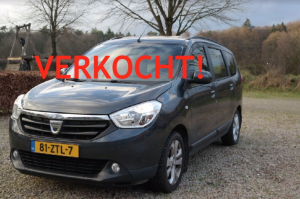 Recently, I sold my father-in-law’s Dacia. He died too soon, we stayed behind with the memories and some things that had to be settled, including a car. The family came to me for that car. “Paul, can you sell the Dacia? Sure, no problem!” It was a great opportunity for me to do what I had always wanted to do: doing a comparative study between Marktplaats, Autoscout and Autotrack on a private level. On which portal are you most successful? And yes, as a spokesman for Marktplaats, I am positive about the services that Marktplaats has for the automotive industry, but how would I experience the same company as a private individual? Does Marktplaats offer the most value?

When I put the Dacia Lodgy of my father-in-law for sale, I was pretty busy, so I didn’t get to wash the car and clean it. Still, I made some pictures and posted the Dacia online. On three portals. I started at Marktplaats. After filling in everything, I had to pay 25 euros as a private individual. According to Marktplaats, that is the value of an advertisement. After Marktplaats I placed the same car, with the same photos, price and text, on Autoscout and Autotrack. At Autoscout, after the advertisement is placed, you will be asked to advertise for € 9.95. I decided not to do that because individuals can advertise for free on that site. I must say, the funnel that encourages the private advertiser to pay is great! After Autoscout the Dacia also ended up with Autotrack. That went smoothly and quickly and also free. The waiting for that one buyer could begin….

It took four weeks before I handed over the Dacia’s keys to the new owner. And all the while, I have carefully monitored the sites and measured them. First, without viewers, no buyers. So I kept track of how often the Dacia was viewed by several and/or the same people. I also updated the number of call and online leads and the number of times the car was ‘saved’ or marked as ‘favorite’. Complicated? No, not at all. These are the only KPIs that you can measure as a private person on the portals.

Which data came out?

The Dacia has been sold to the fourth lead of Marktplaats. The deal started with a bid well below the asking price, but I used the bid as the starting point of a dialogue. In the end, I was able to close the deal, but not entirely for the intended amount. What is striking is that there is no difference between Autotrack and Autoscout. They are completely equal. If you look at dealers, based on their ROI reporting, then they do differ, but with private individuals the differences are not there.

Also noteworthy is that the Dacia did not get any traction on Autoscout. I wonder if that has to do with the fact that I advertised for free. You are bombarded with e-mails to pay so that your ad gets a better position. So, if you don’t pay, you don’t get a good position on the site and therefore no traction.

With the statistics that I have collected, I would advise everyone to pay. The free versions do nothing for the customer, on both platforms. I therefore dare to say that free in this case has no value whatsoever. Next week we will sell a car again, on the same portals, and then we will opt for the paid version where possible. Let’s see if the views and the leads come closer together.

Paul de Vries became a Key Automotive Spokesperson at eBay (Marktplaats) after selling Nieuweautokopen.nl to eBay back in 2015. Paul is the founder and CEO of the #DCDW Academy and the presenter of the #DCDW Podcast. He is also a by dealers and importers frequently asked speaker in the online automotive industry. Paul is the winner of the prestigious Lighthouse Award 2016 in the U.S.! `Lead the Way op de digitale snelweg’ is Paul’s new book, which can be used as a guide in the online automotive industry. More information is available at: DCDW.nl.

Successful lead follow-up has its own rules!

Communication: WhatsApp, Zoom or Facetime are not the solutions!

Do you focus on the lead or on the dialogue?

Question: Is getting more leads really the best goal?